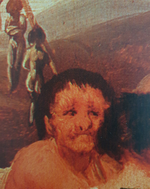 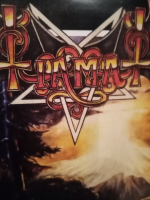 Re: Coronavirus
Black Shepherd Carnage
General Discussion
Today at 06:44:36 PM
It never ceases to amaze me how dim-witted Tim Pool is. He opens by claiming Newsweek came up with a misleading title (I don't really see how it's misleading, based on the original Project Veritas video) and that they did so precisely in order to gotcha Project Veritas. Which he then points out they precisely don't do. Bravo Tim, arguing both sides of a strawman against yourself. Didn't get any further than that. You need to look after your mind and avoid the Tim Pools of the world.

Not played this in years. Really enjoying rediscovering it. DYING VICTIMS PRODUCTIONS is proud to present FREEROAD's striking debut album, Do What You Feel!, on CD and vinyl LP formats.

Hailing from Monterrey, Mexico, FREEROAD formed in 2018 with only the goal of making music for the love of making music. The moniker FREEROAD was thus chosen to symbolize the idea that there's no boundaries in music; genres don't really matter, as long as they're keeping the essence of old-school rock 'n' roll. For FREEROAD, that essence is largely built up on the classic sounds of the '70s and '80s – be it UFO, Thin Lizzy, Yes, Rush, or Jeff Beck – as well as the early rocking sounds of the NWOBHM.

Armed with such a noble 'n' rustic foundation, FREEROAD proceed to make their bolt-from-the-blue first statement with Do What You Feel! Ever aptly titled, Do What You Feel! indeed finds the quartet ranging those aforementioned sounds and styles with almost alchemical ease. Heartfelt, honest, and homemade, FREEROAD's hot-rockin' harkens to an era where immediately immersive hooks, loose-yet-locked-in ensemble playing, and earthy dynamics were king. Thus, it's not disingenuous to suggest that there's a certain déjà vu here; you might've heard these songs before, in a nostalgic alternate reality or two removed, but they had yet to be written. Such is the wondrous and endearingly celebratory magick at work across Do What You Feel!, as each of these nine anthems-in-waiting work their spell: each one different than the last, but definitely all the work of the same band. Again, the album experience as one that's narrative in its variety – truly, FREEROAD are a band out of time.

Pleasures that are simple but utterly sublime, there's no over-thinking needed or fancy words necessary when approaching the gritty glory of FREEROAD. Just like its cover cheekily displays, you'll feel compelled to Do What You Feel! Hailing from the cult-metal hotbed of Chile, for nearly a decade now, CRITICAL DEFIANCE have been steadfast purveyors of authentically late '80s-style THRASH. Their 2019 debut album, Misconception, turned many a head, and now the time has come for CRITICAL DEFIANCE to turn heads completely around with their second album.

Ominously titled No Life Forms, CRITICAL DEFIANCE's second full-length sees the quintet firing on all cylinders – and heading into hyperdrive. Insanely tight in their razor-sharp execution, the Chileans here dish out extreme aggression nearly every second of this breathless, 30-minute work, with riffs flowing fast and free, and then going faster, faster, FASTER! Through it all, CRITICAL DEFIANCE's stop-on-a-dime chops prove jawdropping, and lest one misconstrue No Life Forms as a mere exercise in clinical precision, be aware that the band never forget thrash's primary power: full-on thrashing and The Mosh, moving seamlessly between the two and with catchiness to spare. All that's in full force here, and it cannot be overstated how insanely juiced-up their execution is. No speed limit! DVP 243 Trastorned – Into the Void LP/CD

Hailing from Santiago, Chile, TRASTORNED formed in 2008 with the simple goal of being a local thrash band. Led by guitarist Fabian Piña and vocalist Felipe Lonza, the band became more serious the next year and recorded their debut demo, Decapitacion. More lineup shuffles ensued, but second demo Killer Thrash arrived in 2010. Four years would pass before TRASTORNED recorded another demo, but this time, with Witching Demo!, they revamped their sound and sharpened their attack, going from more blackened thrash to a cleaner and more complex style of thrash not unlike Vio-lence, Forbidden and Exodus around the turn of the '90s.

TRASTORNED began working on the initial recording of their debut album as early as 2019, but eventually moved proceedings to a different studio. And while Covid no doubt stalled those proceedings, at last is TRASTORNED's debut album here: Into the Void. Bearing luridly Lovecraftian artwork by Marcelo Miranda aka Made In Darkness, Into the Void suitably disorients and demolishes the senses with dizzying ease. Truly, TRASTORNED here sound transported from 1990, from songwriting to production, slicing and surging with stop-start precision and an acidic execution as aggravated as prime Demolition Hammer and Morbid Saint. However era-authentic their sound may be, the quintet nevertheless possess THE SONGS to put this handily within that hallowed pantheon, each track taking mind-mangling routes but ones not without hooks; the catalog of riffs here on Into the Void is staggering, and they're all threaded together masterfully. More than that, TRASTORNED's chops are superlative and always put in service of the song, and the razor-sharp production only amplifies this electrifying fact.

Eight songs in 30 minutes and your heart will race like it rarely does these days: TRASTORNED will take you Into the Void, and FAST! Hailing from Switzerland, a quarantine one-woman project at first, Running Maiden quickly turned into a three-piece, totally devoted to classic heavy metal from the 80s. Drawing lyrical inspiration from legends of old and occultism, the band pays tribute to some of their main influences among the likes of Acid and Iron Maiden. This debut ep contains four well written and executed heavy metal anthems – it's time to enter the Bazaar of Evil! Re: Coronavirus
Black Shepherd Carnage
General Discussion
Today at 03:35:29 PM
Only getting a chance to watch the video now. So, even if this guy is who it is claimed he is, the entire thing, the beginning, middle, and end of the claim boils down to, and I quote, "an idea that came up in a meeting [today]"? (timestamp: 3:02)

Edit: No, the video is worse than that. What it is (again, if yer man is genuinely who it's claimed he is) is a waste of a pretty powerful exposé of corruption in the regulatory system in the US. Which we all know about, but if (!) you have someone high up in Pfizer saying that this is part of their business model, then that's a great piece to add to the kind of case that ultimately brought Purdue down. What is not a great piece to add to that case is hare-brained suppositions about Pfizer intentionally releasing new variants of the virus as a business model.

Re: LEFT TO DIE Dublin 5th Mar...
Airneanach
Gigs and Festivals
Today at 03:01:29 PM
Sure fuck it. The fact that I normally hate crowds is probably part of the reason I love live metal so much. You'd expect so much bouncing around - especially at a gig like this - that I never feel bad moving in and out of people to go take a piss and get a pint.

The 3 Arena is the worst for it. Worse than any big outdoor show. Something about that place just makes people protect their spots like fucking mad. Always feels weirdly tense up front for a lot of shows.
1 2 3
...
10